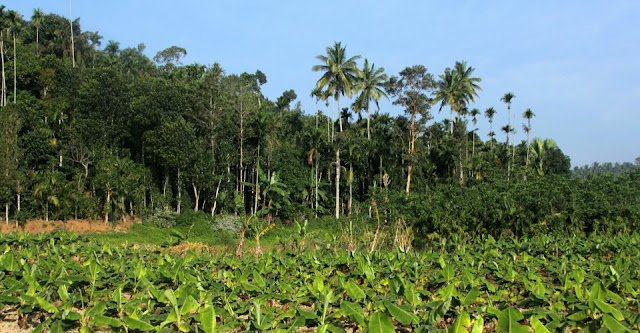 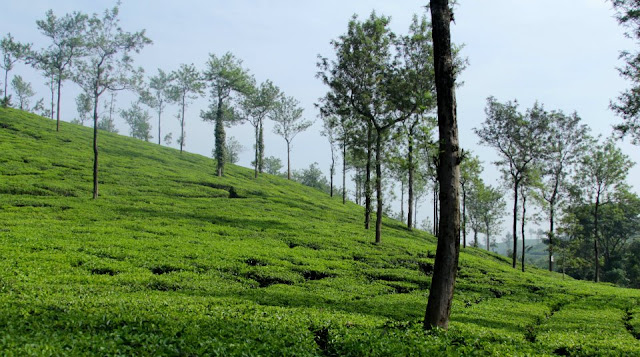 By now sun started blazing away and the temperature rose to the 30s.  We really sweated it out. The climbs were torturous and the descends were enthralling. Finally huffed and puffed into Sultan’s Bathery where we checked  into a hotel. Decent place! Clean rooms!
Aching bones and muscles. The team co-ordinator is in no mood to relax. After a heart pounding 6 hour 70 KM ride, he wanted us to ride to Edakkal caves. He spoke with passion. About prehistoric men and their paintings. I was unmoved. I never even had taken a second glance at the Mona Lisa at Louvre.
Lets ride he said with a finality and so we did. I am glad I did.
Steep hills greeted us and a 3 KM descend that just looked un-climbable if we are to come back. I would rather be buried with the prehistoric chappies I thought. 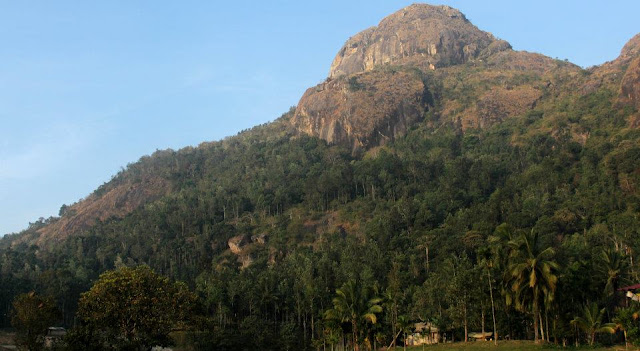 8 KMs into the ride, the support vehicle overtakes and stops. The Driver has that knowing look. He cranks the doors open. I meekly haul up my bike and climb into the truck. The road  twists, turns and deteriorates .
A host of riders were waiting patiently by the road side. They wave the support vehicle down. I have company. We soon reach the foothills of Edakkal Caves.
I was not prepared for what came next.  The time was 15.30 Hrs. The gates to the caves close at 16.00 Hrs.  We had 30 minutes to haul our ass across a steep hill and climb 1 KM to the ticket counter.  From the ticket counter another 1 KM to the caves.
Whoa !
We decided to go for it. I wheezed like an Asthmatic in the throes of dying and lugged my overweight, out-of-shape, tub of lard, that I call ‘my body’.  The climbs were steep and my knees were like jelly.
Some riders reached the counter faster. They had bought tickets and waited patiently for me to catch up. The guards were co-operative. They let us in. More steps to climb. Folks were coming down in droves and we had to claw our way up through narrow ledges.
Don’t look back someone said. So, I just had to look.
Should never have. The steep rock face and the distance to the ground below almost gave me a heart attack. Nevertheless coaxed by my friends, I climbed and went past Cave 1 into the summit i.e. Cave 2, where the paintings were.
There were no paintings. The prehistoric guys did not paint. They carved. I don’t blame them. The nearest town is around 14 Kms away. Every time they needed supplies, they had to go there and I was told that the public transport those days were not so good. So, here we were. We looked at the carvings and jostled among the crowd to see what the carvings were all about. Could not appreciate anything!  Well, The ancients had tried hard and like an unimpressed art critic I decided to look for something better. 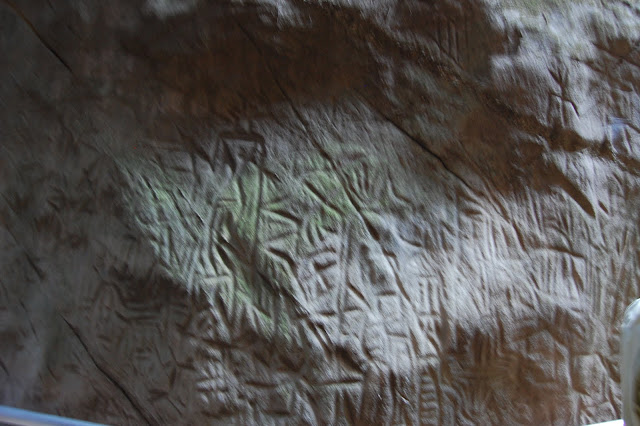 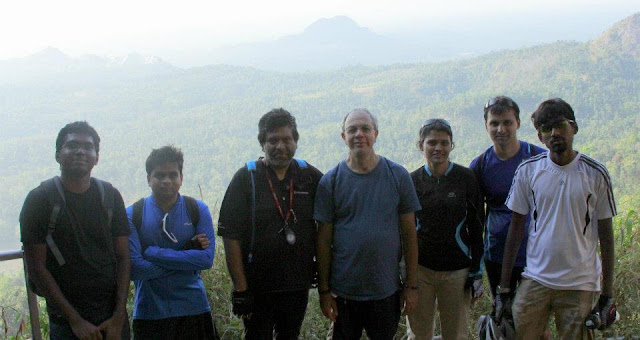 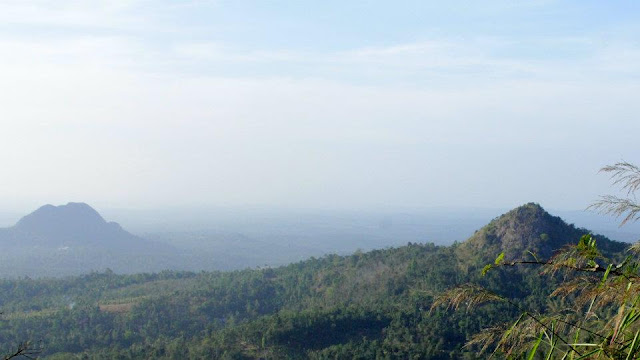 Next time I want to see some work of art, I will look at the poop my dog makes.
So we took photographs.  Then we laboriously climbed down. Which, fortunately, was easy! 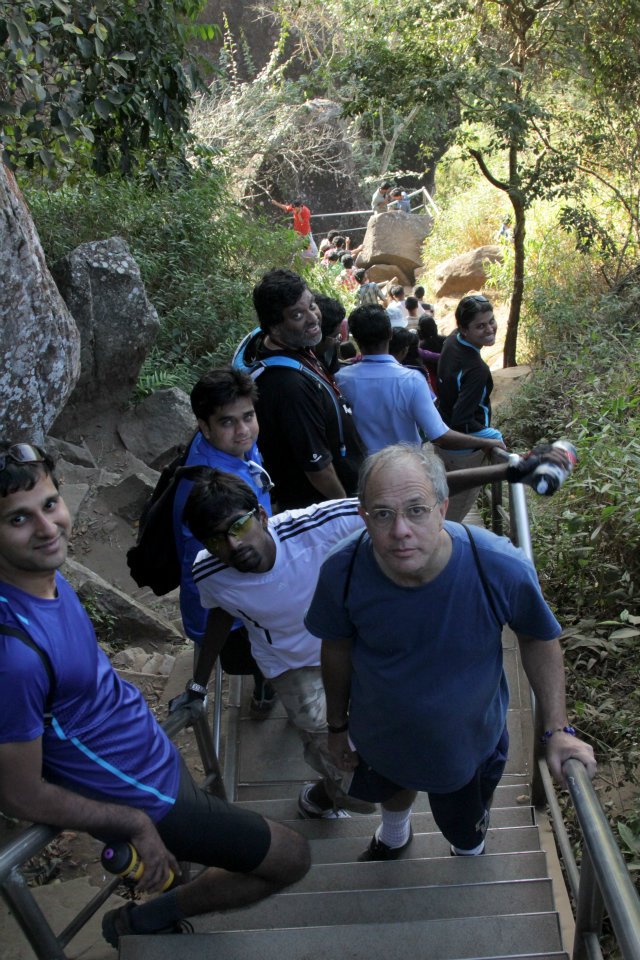 All this cycling has made my legs stronger. We clamoured down. The support vehicle was waiting. We limbered into it and whooshed back into our hotel.
I had three stiff ones and dinner at the hotel with beef and chicken.  The less adventurous trooped down into a Vegetarian hotel for dinner.
Next day – Day 2
We start riding at around 6.30 AM towards Soochipara. We take the route less taken. It takes us through quaint villages and roads with very little traffic. 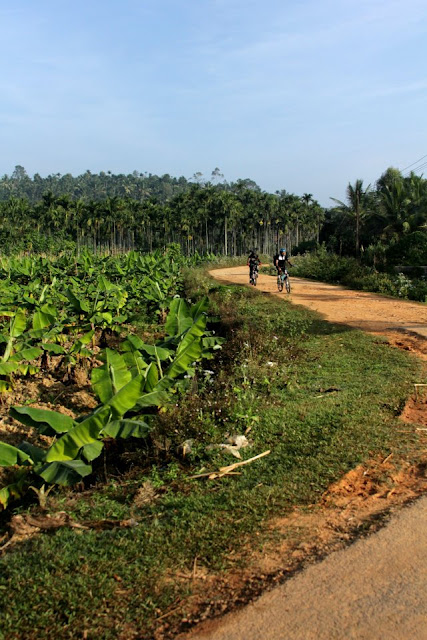 Places like Chulliyode, Ambalavayal, Thommatuchal, Vaduvanchal and Meppadi. The atmosphere was quite Christmassy (if I can use such a word) and the Churches (there were a lot of them) were decorated and looked splendid.
At Vaduvanchal we had breakfast. Set Dosas! Very Good. I hogged ! So did every other rider.
Except for a small stretch of mud road, the roads were good. There were a few killer climbs. I killed the climbs by meekly surrendering! I got down and pushed the bike over most of them.
The views from Meppadi and the route to Soochipara were stunning. 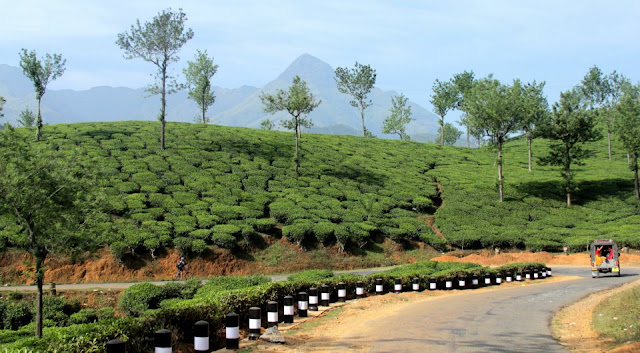 The road steadily deteriorated as we approached Soochipara falls. By around 12.30 PM I made it to the parking zone were the ride ended. But my woes were far from over.
After handing over the bike, I was told that I have to walk down around 1.5 Km to Soochipara Falls.  Then climb back.
Déjà Vu all over again!
As someone once said – ‘if you gotta go, then you gotta go’. And go I did.  I had to purchase a ticket to see the falls.
The walk was not very difficult. It was good. The Water fall was very impressive. Though on the smaller side, there was good amount of water and it was quite noisy. A boisterous crowd was splashing around. 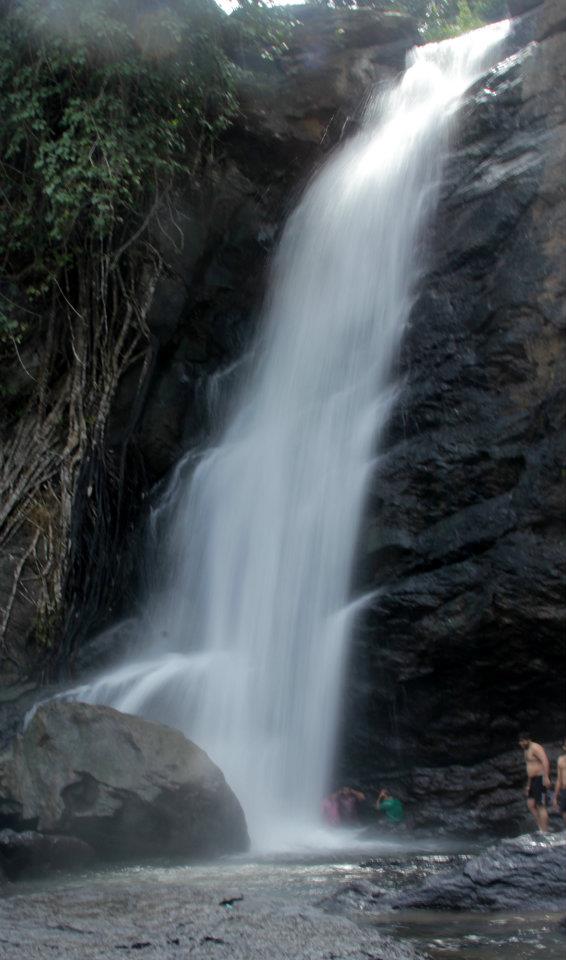 Tried reaching the base of the falls. It was rocky. It was slippery. So I beat a hasty retreat, didn’t want to break any bones. Besides I have to climb back to the parking zone - into the bus! What else to add. We came, we saw, we conked out - in the bus!
Late Lunch at Sultan Bathery and we breezed into Bangalore by 10 PM and I was home by 11.00.
Wonderful !
Article Contributed by Sabari Thampi -Arowana Consulting
Photos Courtesy – CAM riders Sushruta and Sunil Raghavan
Posted by Unknown at 00:25