Information Technology can roughly be defined as, “The study or use of systems (especially computers and telecommunications for storing, retrieving and sending information. There are several industries which get classified under this synonymous umbrella including computer hardware, software, electronics, semiconductors, internet, telecom equipment, e-commerce and computer services.
Human have been storing information in various forms from the time of civilization, but as time has gone by there has been advances and changes in the systems of storing energy, innovation occur at a dynamic pace. As of 2007 almost 94% of the data stored worldwide was held digitally: 52% on hard disks, 28% on optical devices and 11% on digital magnetic tape. It has been estimated that the worldwide capacity to store information on electronic devices grew from less than 3 exabytes in 1986 to 295 exabytes in 2007, doubling roughly every 3 years.
Database management systems emerged in the 1960s to address the problem of storing and retrieving large amounts of data accurately and quickly. One of the earliest such systems was IBM's Information Management System (IMS), which is still widely deployed more than 40 years later.
There is a lot of data and information that is developed and maintained on a daily basis. We live in an age of electronic and digital world. Traditional business applications have always been very complicated and expensive. The amount and variety of hardware and software required to run them are daunting. You need a whole team of experts to install, configure, test, run, secure, and update them.
Business applications are moving to the cloud. It’s not just a fad—the shift from traditional software models to the Internet has steadily gained momentum over the last 10 years. In the next decade of cloud computing promises new ways to collaborate everywhere, through mobile devices.
Cloud computing is just a shift from traditional computing that gives businesses on-demand access to a variety of software and services while giving IT a shared pool of configurable computing resources at the platform, infrastructure and application layers. When done right, cloud computing helps businesses do more, faster by letting them tap into the power of massive datacenters and IT services without having to build, manage or maintain them.
Cloud computing lets IT offload complexity and burden, letting an organization focus on addressing the growing demand for new applications, new devices and new solutions for the resulting data explosion. In this fast-paced world of more devices, more apps and more data, IT is more challenging and exciting than ever. IT can answer this call for “more, faster” with cloud computing – so with cloud an organization can deliver new projects and products, manage more devices easily, crunch more data quickly, and spin up developments and test environments faster.
The latest innovations in cloud computing are making our business applications even more mobile and collaborative, similar to popular consumer apps like Facebook and Twitter. As consumers, we now expect that the information we care about will be pushed to us in real time, and business applications in the cloud are heading in that direction as well.


The cloud applications we're seeing at the moment really are the tip of the iceberg and, as the technology matures further, who knows how we may be using the cloud in even a year from now. Technologies and concepts such as the internet of things and smart cities are growing ever closer to becoming the norm as organizations begin to realize that the cloud can do so much more than simply speed up or reduce the cost of their IT - it can totally transform it. 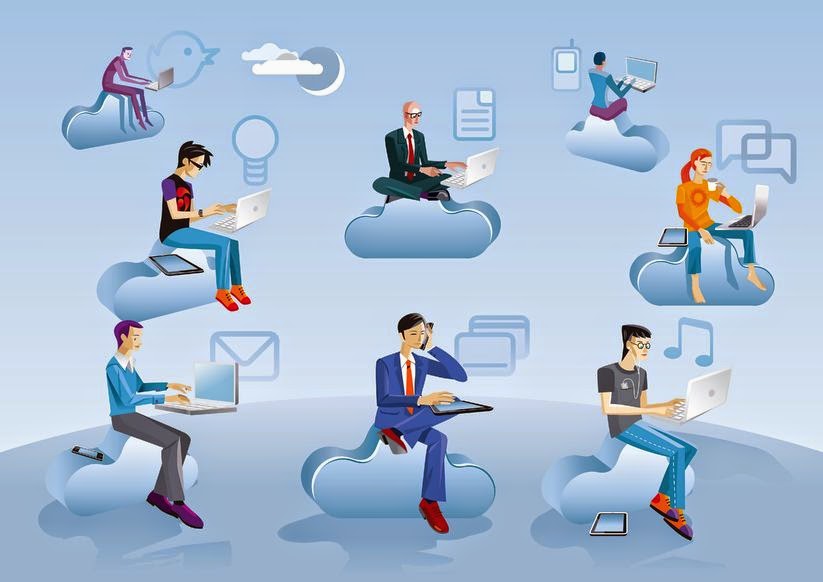