Played in almost 130 countries, cricket is one popular sports played across the globe.  Just as the English colonized and left their language to grow in several places, in the same way they left cricket around to grow as a game of passion in various countries across the globe.
GB once quoted -This bat and ball game played by 22 flannelled fools being watched by 22,000 flannelled fools “. Although this quote has a negative connotation yet it has a hidden parody in it.
A lot of people would not be interested in playing this game but would definitely enjoy watching it just for the amount of thrill, spectacle it provides. It’s is a game of uncertainties and swinging fortunes and that’s what makes it more watchable and enticing   . During a game a brilliant player may get out in the first over, another player may hit an unexpected boundary while on the other hand a whole team may get bundled out within a paltry score. All these only make the spectators wanting for more and biting their nails in anticipation to watch their favorite team win.
The cricket fever is felt throughout the year in the form of Premier Leagues, One day matches, Bi-lateral test series or just a magnanimous Tendulkar in flamboyant form scoring double centuries and creating records of mammoth statistics.
The most awaited season for the cricketing fraternity is the World cup carnival. It’s a quadrennial event that gives a platform for cricket playing nations all over the world to showcase their mastery over the game.   The last edition of world cup held in 2011 was won by India. It was a record of sorts as India was the first and only country to win a world cup in their home soil.  Never has any country done that before and it was a reason to be cheered by millions. The 2015 edition of world cup is on-going and the results are awaited.
As the fever has spread across the globe and there is talk of cricket in every nook and corner of the town, why not hold a mini tournament to boost the cricketing fan’s spirits. 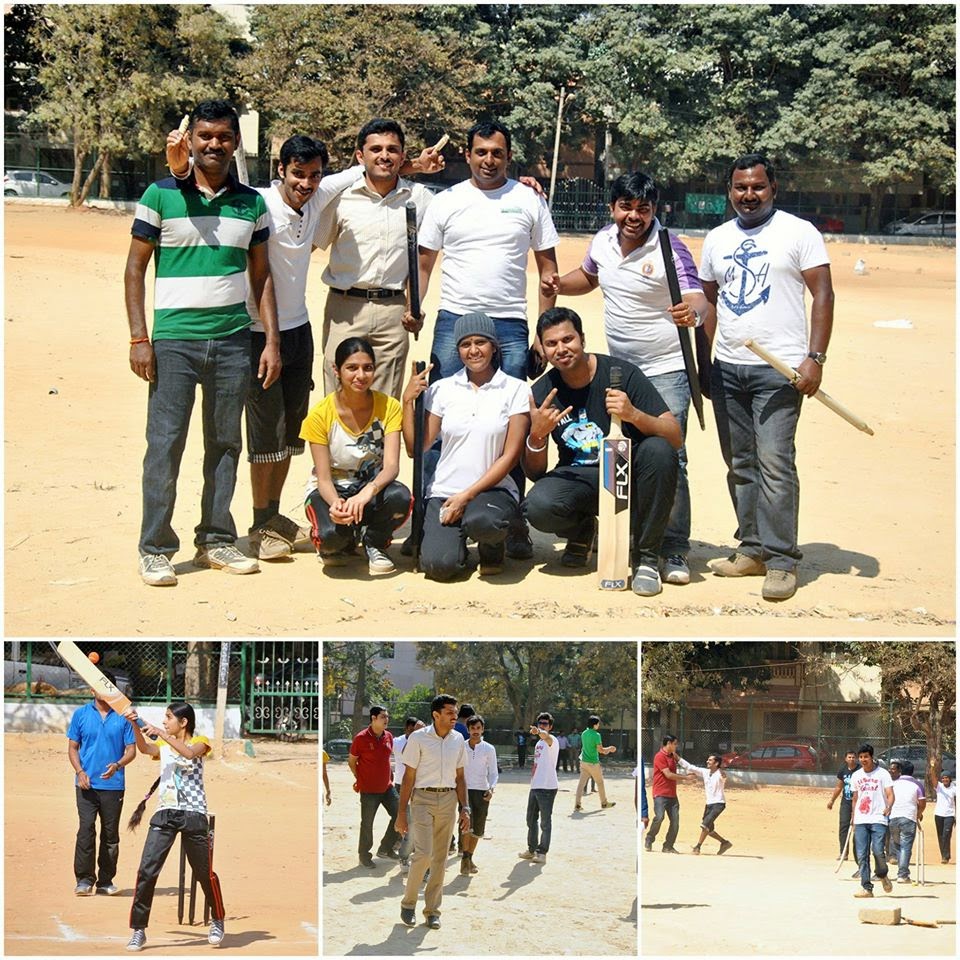 With that thought in mind the fraternity of Arowana family enjoy beautiful game as well. Every Friday afternoon is spent by playing friendly cricket matches. This cricket tournament season Arowana organized a mini three day tournament, intra- company.
All interested members were divided into teams of four each with 11 players and an 8 over match. The Pool A teams were Smashing Mavericks and Challengers. Pool B teams were Rockstars and Himse. The qualifying teams from each Pools were Smashing Mavericks and Rockstars.
Playing among your colleagues has a different level of fun and enjoyment. There are no professional sports men here every team had their strengths and weakness and every team put up a fair fight.
There were fun moments, there were sorrowful moments, there were hilarious and painful ones too in the end only the joyful win remains as a lasting memory.

All said and done, but there is one detail which I would not like to miss... The women of the match. Each team had two ladies who played the match. The ladies were given one over to bat and one to bowl. If you wondered what a lady can do in a cricket match? our dear ones would have stunned you with their hit and run. One had a good partnership, one hit a four, one took a wicket but let me not forget to mention they were good fielders at the boundary of the ground.

The captains of every team were encouraging, hooting, shouting and screaming. Every player was hooted for, every four and six was cheered with tremendous enthusiasm, every wicket that fell had an oh no! and face palm. Every game won had somersaults, hi-fives, hugs and selfies.

All in all the umpires had a hard decision to take when a how is that ? was screamed. When a team argued against a run taken for a no ball most of all when a bowler could not help bowling just wide balls.

Three cheers! was a slogan that was shouted after Smashing Mavericks won the match. When the players were told that the trophy was a rolling one and must be returned to the administration to be show cased for the year. Every player took turns to take a Facebook profile picture of themselves holding the winning trophy.

A grand after party ended the three day tournament. Teams continue to practice to try their luck for the next year win. Our Arowana Dubai office colleagues are practicing hard for their upcoming cricket tournament. We are eagerly waiting to see which team wins the Dubai tournament.

As the cricket fever continues world wide and we are eagerly waiting to see if India wins today's match against West Indies. All of us are glued to our phones for a timely updates on the score. Cricket is a game played by 11 spirited sportsmen and watched by 11,000 thrilled supporting fans who love this game and find it contagious. 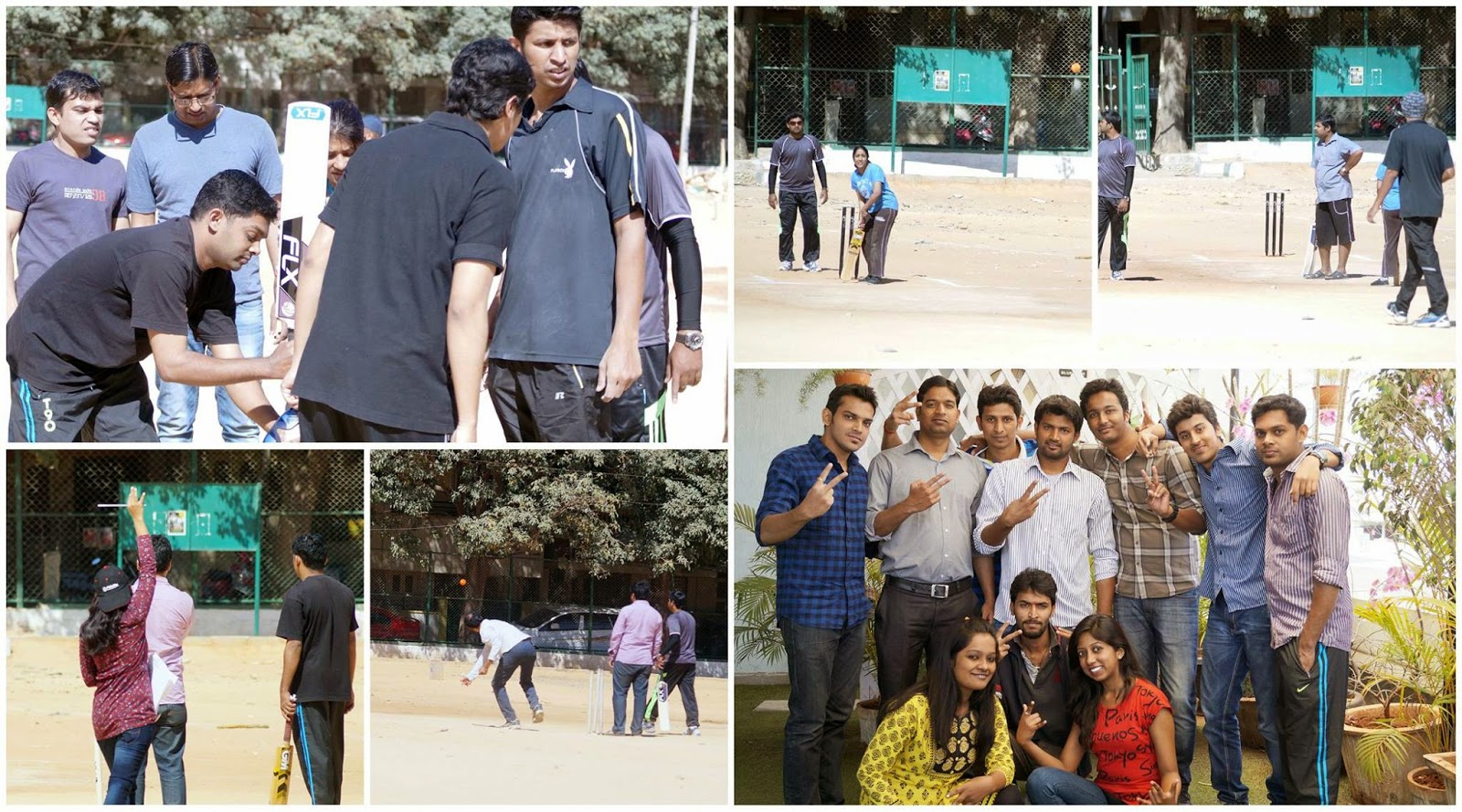