Party on our Minds 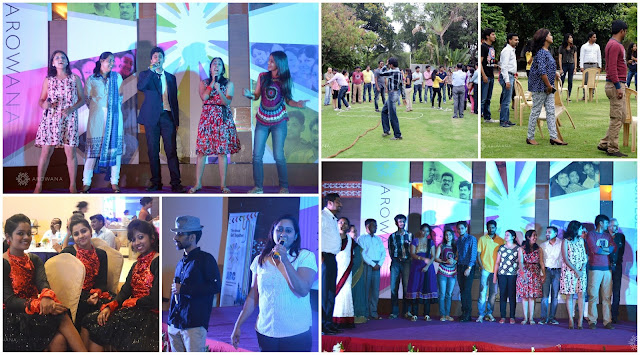 We enjoy nothing more than spending time with our friends and colleagues, at least once a year we get together for a formal family event.

Family event? Yes, family event, researchers have proved that when a working individual spends nearly 60 percent of their time at their work place, ideally a workplace becomes your second home, colleagues and teammates become your family members. A get together event becomes a workplace family event.
The Arowana family has had several get togethers, just as wine gets better with time so does fun. This year Arowana organized a gala Annual meet. We used technology to its best, connected two oversea cities and hosted one event.

Arowana Bangalore and Dubai organized Confluence along with Arowana Reward and Commendation ceremony on 23rd May 2015.

An event is like a building yet to be built, just before the foundation for construction is layed, a blue print is required. The HR teams of both the locations sketched out the event blue print in the month of March. After several discussions, hotels and resorts were scouted for the hosting. The design team was the architect of the event as they began to execute designs which included fun mailers, videos, banners, standees, and trophy and certificate designs.  The admin and volunteering committee were construction members of the event; they organized the stage decoration, the video conference, photo booth, games and activities. The hosts and performers were the final touches of the gala event.
Arowana was established in the year 2006 and it has walked 9 years of milestones. This company has grown from 2 to 200 and grows every year because of a shoal of talent. Every resource has contributed their percent to build a skyscraper of the company. As the going gets tough the tough gets going and some members have worked hard and carved a way for better growth. It is said that, “A little bit of desire in life is necessary to keep life in motion. “ The desire to do better can be created only through appreciations. The highlight of this year’s get together was the reward and commendation ceremony that took place at Bangalore and Dubai.

Confluence was held at Ramee guest line in Bangalore and at The Address in Dubai. A day before the Admin team and a few performers set out to the location to ensure the stage was set for the event. The performers had a dress rehearsal on the stage as we rolled the banner and set it in place.
On the day of the event the HR team and volunteers ran through the schedule and set finishing touches of the arrangements along with the resort members.

We left Arowana office at 3PM to the venue. Hooting, shouting and singing added spice along the journey to the resort. All Arowana registered members were welcomed along with their family members and friends. We walked the red carpet and posed for photographs. At 4 Pm fun activities began at Ramee guest line. We played musical chairs and had friendly tug-o-war matches. The tugs of friendships were stronger than the ropes leading to draw matches. A warm cup of tea and sizzling starters energized us as we began to explore other activities at the resort. Children enjoyed jumping on the trampolines, swinging thru and fro, playing games of tag and sliding down slides. As the adolescences and adults of Arowana played indoor games and took a dip in the pool. 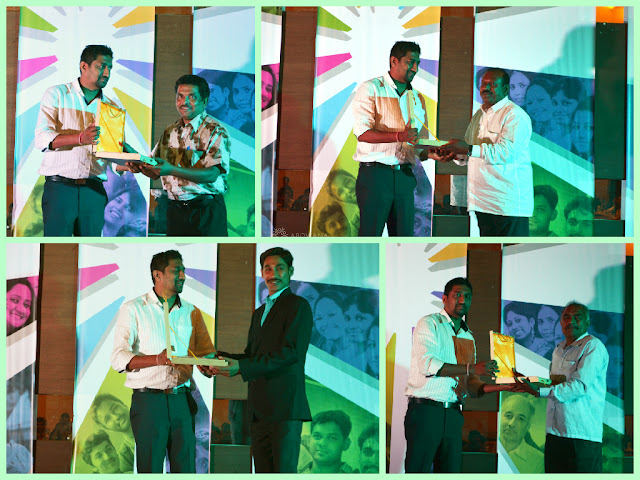 At 6PM all Arowanites had gathered in the Conference hall dressed smart and crisp in formals. Once indoors, we began playing tambola a fun game of numbers and luck. 5 people who wore their lucky socks that day won exciting prizes. The hosts and dosts Kavya and Deepak greeted the gathering in a fun and frivolous manner. Rhythm and beats ended with a bang of karaoke singing and twist and turns of fusion dances.

At 7.30 PM IST Dubai office joined us on video conference. We began our Award ceremony with Unni Vijayan’s words of wisdom and welcoming of important dignitaries of the company. Mr Chandrappa, Verabadrappa, Murthy, Padmanaba, Murli and Sameer were awarded for their 5 year long service toward the company.

Prateek was the host of the Dubai event. He honored and welcomed the dignitaries. He finally broke the ice of anticipation and excitement we had all been holding from the past one month; the excitement of the Award winners. Mr. Ainan won The Golden Beacon (Best employee) award, Mr. Sameer Patil won the Silver Beacon (Best TNM) award, Mr. Kishen Gajanan won the Chrysalis award (Best freshman), Mr. Rashid and Mr. Zain won Nebula award (An experienced new member) the last but not the least award Orion Dream team award (Best team) won by Mr Sadiq Sikandar and team.

The ceremony was closed by Kavya and Deepak in Bangalore. While Prateek continued hosting a series of fun games and activities.
An event is incomplete without the rock and roll. Lights out… Disco music on mere ganna baja de DJ DJ mere ganna baja de. We soon picked our bodies up and dropped it on the floor, let the rhythm change our world on the floor. The event closed with a bang as we dragged out worn out dancing shoes and hungry bellies to feast on sumptuous dinner.
All good things must come to an end, but memories keep all things lasted. We headed puffing tired yet happily chattering about the success of the big event. Adults become children when it comes to fun. We all require appreciation, fun and enjoyment once in a while.
Get togethers get each one of us closer. Our hidden talents are brought out naturally and recognized at such gathering. Above all letting our hair down and dancing like no one is watching is the best stress buster for all of us.


The Arowana Family day out was indeed memorable for all of us. The fruit of hard work is gratitude. We give Arowana our work and Arowana pays us with a platform to have fun. 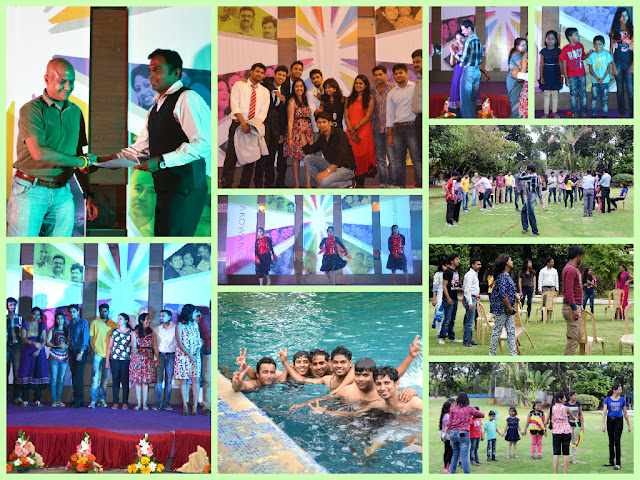