What began with striking two stones together to create a fire, went on evolving to create new devices for our daily use. It is said that, "Necessity is the mother of all invention." As man began to evolve his necessity began to evolve as well. From the invention of radio, camera, telephone, television in the 20th century, we would all agree to the below image of having all those large gadgets in one place a mini device called the mobile in our pockets. 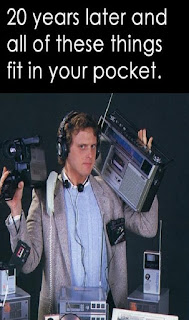 Martin Cooper of Motorola made the first publicized handheld mobile phone call on a prototype Dyna TAC model on April 4, 1973. It has been 42 years since Motorola rolled out this model, today the mobile phone, not just does the basic job of calling and texting. It has completely changed in size and shape and has the functions of all major devices in one gadget.

Since the phone is so smart, light to carry and can do multiple tasks for us, it is changing our life style by the day.
All phones have the same hardware component with just a few changes. The major changes of a mobile device is the software versions. The user experience of the phone defines the look and feel to the device.Most companies target on the look and feel of the application a user uses.

2014 saw mobile apps overtake PC websites in terms of Internet usage. As this trend is bound to continue in 2015, marketing strategies should evolve to keep up. On a average approximation 63% of the world population are mobile users with the total number of mobile subscriptions globally topping seven billion. The mobile market is big business, and it’s showing no signs of letting up.

Recent studies show that users spend more time on their phones than at their desktop. As new apps continue to flood the market there is a significant change in the way users download and engage with them.

The creation of applications intended to execute on newer mobile devices such as smart phones and tablets involves unique requirements and challenges. Thanks to a robust app developer community and a growing number of cross-platform developer tools, there is clearly wisdom in developing and delivering content on more than one platform.
As enterprises strive to make their business more approachable, while allowing their customers to manage work seamlessly – business apps in a way is helping them work smarter and emphasize on what actually matters.
Apps are gaining momentum and are becoming  an important aspect of our daily lives. Take an example Indian Television Channel Star Plus, they have an app called Hot star app which allows one to watch TV serials, news, sports, reality shows and submit comments. Its is a mini package of the whole channel for all those working women and men who do not like to miss their serials or matches can now catch their latest updates on this app.
Banks have their mobile banking system, restaurants have mobile ordering systems, E-commerce have their mobile shopping apps. In simple sense all industries are looking at a seismic shift to mobile platforms because you and I own the latest smart phone. It all lies in the demand and supply curve of the economy, where the demand for more and advanced technology lies there the competition for supply also lies.
So if you already have an idea of an app for a particular stream or industry why wait for someone else to come up with the idea which you already have in the pipeline, but never created. Why not go ahead and create an app of your own.
If you have a web based product think of an app for the same as customers get attracted to the app rather than the web product. Websites have already changed style and design to suit and integrate on a mobile platform.
With IoT and BYOD sneaking into work places and changing work trends the demand for mobile apps will increase by yet another 30% in the coming years. 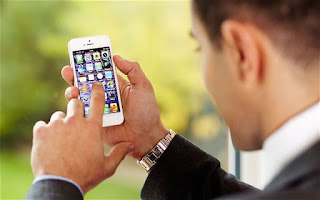 Reference: http://www.infinitemonkeys.mobi/blog/category/app-of-the-week/
Posted by Unknown at 19:00