The world witnessed a trade upheaval last month, largely owing to China’s attempts to shore up its struggling economy. The scare had been limited to oil traders, hedge fund investors or Chinese bureaucrats, but two weeks ago, it had channelled and transformed itself into a potential global behemoth, threatening to plunge markets further and evoking memories of the last recession. To describe the extent of the same, we present a 10,000 foot view of the unfolded cataclysm as the critical month of September begins with US Fed to decide interest rates and the RBI having its review meeting in the first week.
The Great Fall of China: Boom and Bust 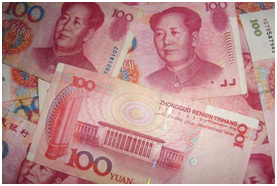 China’s economy has been long suspected of weak growth and the economic and monetary worries resonating from the second largest market in the world has largely contributed to this convoluted state. With ordinary Chinese people starting debt-financed investments in the stock market between June 2014 and May 2015, the Shanghai Composite index rose by over 150 percent and peaked by June this year. The rise was deemed unsustainable and government sprung into action to reinforce the limits it had relaxed in last 5 years. The market endured a crash and has been in free fall since early July.

“China has recessions 'like everybody else'.” -Kenneth Rogoff, Harvard University

Culmination into current position began when the decision was made by China to devalue its currency. Catching a lot of people off-guard, for two straight days, China’s central bank allowed the Yuan to fall by 2 percent followed by two further cuts, with what analysts assumed was for propping up exports. China had kept a tight grip on its currency exchange rate for 20-some years. Since March, the Yuan hadn’t moved more than 0.3 percent in a single day. For it to suddenly tumble by 4.4 percent in a matter of days sent shivers through the global markets. 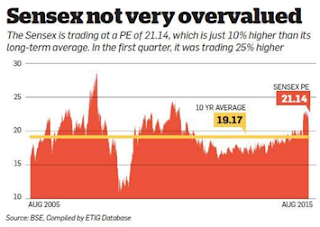 Only a few sectors have come unscathed from the recent crisis and IT is one of them. "In addition to the recent rupee depreciation, the US economic revival should also help IT sector companies," - Saravana Kumar, Chief Investment Officer - Equity & Debt, LIC Nomura Mutual Fund

With last Monday being exceptionally tumultuous, the Chinese market had toppled around 15 percent of its value over three days until Wednesday, extending a longer-term drop that had wiped out its gains made this year. Other markets followed sharp drops with indexes like Dow Jones showing decline, however, the next few days showed a recovery across world markets as Sensex in India recovered 650 of the 1,625 points it had lost on 24th August. The US market has been recovering the fastest while others show varying degrees of recovery.

“The fall, though certainly large, was by no means catastrophic by historical standards. But it is having an outsize psychological impact on stock owners because it comes in the context of what's been an overall very "meh" 2015 for stocks. And it was followed by derivatives trading on Sunday night and Monday morning that indicates further declines are in store.” -Matthew Yglesias, Vox

According to Indian media, China's economy is in rout and will be a boon to the Indian stock market but they forget that India had a real estate boom earlier followed by a slump now. Realty firms, builders and debt-funded private power companies have produced stagnation of debts and redundant assets in India’s banking system. If China is in trouble, India isn’t doing too well either. With the global media having their own stock markets closely associated with the Chinese market, their disposition has been quite neutral, perhaps, to avoid a contagion set off by alarmist statements. Nevertheless, the two-day saga managed to shatter the veneer of stability and has given a rise to two opposing takes on the financial standing: a mere correction in the bull market VS the beginning of a bear phase.

With economies quoting differing gradations of recovery at the fall of the month, some analysts are terming the drastic fall of Chinese stock market as a ‘correction’. The stock market had risen to almost twice in 12 months and the crash has been deemed appropriate to balance the surge. The decline which shaved off almost 25% of the Shanghai Stock Index, it is about 30% higher than it was a year back. For over 20 years, the nation has created itself into a global superpower by relying on growth strategy based on exports. However, world markets just aren’t large enough to foster that rise forever and has enforced the need to transition itself into an economy striving on domestic consumption. The lowering of Yuan are few of the several China’s attempts to initiate a consumption-led growth rather than an export-led growth.

The contrasting view holds stock market collapse as an exemplification of the structural crisis of the Chinese economy. This collapse is similar to the US housing bubble with the Chinese real estate boom consuming huge amounts of steel, cement and other commodities and hiding the real crisis of the Chinese economy. China cut key interest rates and allowed large banks to keep less cash on reserve starting in early September, a move that should make it easier for banks to lend money and send shares soaring in Europe and the US. The lowering of the Yuan is an attempt to reflate the Chinese economy, make their exports more competitive and escape from this impending crisis. Timing is designed to prevent a repeat of the panic selling of the previous two weeks and many expect the move to bring a temporary respite at best.

Time to panic and sell? 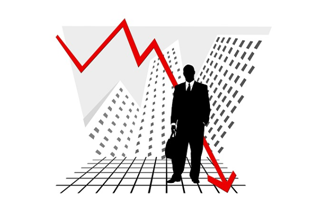 Not really. It is generally advised to restrain the temptation. As Alison Griswold from Slate describes, “It’s generally best not to sell stocks after a big drop. “A solid rule of thumb: If you were planning to invest some money anyway, and won’t need it for a long while, then now is as good a time as any to put money in the market. You’re certainly better off buying today than you were two weeks ago.”

For small investors, the mutual fund route is the best way to invest in stocks. But don't let this greed for more extend to stocks. Some stocks might have become penny stocks after the crash so don't be tempted to buy. It doesn't take long for a stock to touch a two-year low or even a five-year low. Worth mentioning is the best practice to follow as advised by Reuters over here. As a responsible global citizen, one should aspire to be prepared for a potential, although unlikely, financial crisis to ensure one isn’t caught off-guard.

http://newsclick.in/international/china-stock-market-collapse-economy-readjusting-or-tanking
Posted by Unknown at 17:12