The screening at Chicago School of Professional Psychology of Lessons in Forgetting was truly a memorable event.  It took place in the heart of bustling River North area of downtown Chicago amid the backdrop of the skyscrapers and beautiful Riverfront.. It was a dynamic and diverse gathering and discussion with people from varying backgrounds, nationalities, ages, professions and perspectives.

This special prerelease screening drew attention from a wide range of attendees from Professors, students, International Psychologists, to activists from the Academicians, UNA Chicago, specialists to corporate executives, and Rotary organization leads, and collegiate leaders.

The attendees were so moved by the film that they were literally lining up to ask the Director Unni Vijayan questions after the screening.  Mr. Vijayan was able to join the group after the film for a special half hour of discussion.  The group was so engaged with the film that the questions went on for nearly 1 hour.  After the formal Q & A period ended, the group stayed after to discuss further late into the night.

The film provoked such deep emotions and touched upon so many issues.  .. . some of the topics and questions addressed were about:

Gender selection... –where is it prevalent... what social norms allow this to propagate... and most importantly what could be done to change this...

Women and equality... what are the boundaries for restrictions... when should we ask society to change and when we should limit ourselves and activities... the themes of ‘when in Rome do as the Romans” was heavily debated as well...?

Cultures—crossing the boundaries from village to city to challenge the social norms... how to do so safely... as well as what are the rewards one gains when travelling and integrating different and often new value systems into society and challenging social norms.. presented with contrasting norms from empowerment to antiquated notions that dis-empower individuals and entire communities..

Overall the sentiment experienced was such a moving experience… and they want to show this to their own groups to further have dialogue and impart change in creating safety and equality for women everywhere.

Another theme that was interesting for the family was the introduction of themes of the modern and nuclear family presented by both Meera and Jak’s family.. It presented a new insight into India as it presented themes that Western families can relate to such as single parenting, divorce, separation, blended in with a multigenerational household...

The scenery was also greatly appreciated offering rich insights into the busy modern cities... and Oceanside natural beauty as well... The presentation and cinematography of the film brilliantly wove the emotionality throughout the film through the amazing and vibrant city sounds to the sounds of the refreshing ocean waves to the subtle patterns presented by the music as well... leaving a memorable and lasting impression on the consciousness and subconscious mind long after watching the film… anyone who saw even the image from the film cover was so intrigued with the title and the image that they came were to watch the film based on that..


It was truly a film that presented contrasts and so many themes that help depict the reality and complexity of life that are occurring in parallel. .. The love, father’s devotion, friendship, injustice, corruption, bravery, determination are some of the key themes and sentiments expressed in Lessons in Forgetting... it cuts at the deep interconnectedness of humanity…. The people of Chicago are eagerly awaiting the Chicago release of Lessons in Forgetting..... One professor who would like to use the film for her Human Rights course remarked the following:

“the shocking and powerful image of Smruthi… at the end, essentially like the female fetuses she was seeking to protect, utterly silenced by injustice.

Snaps taken at the event 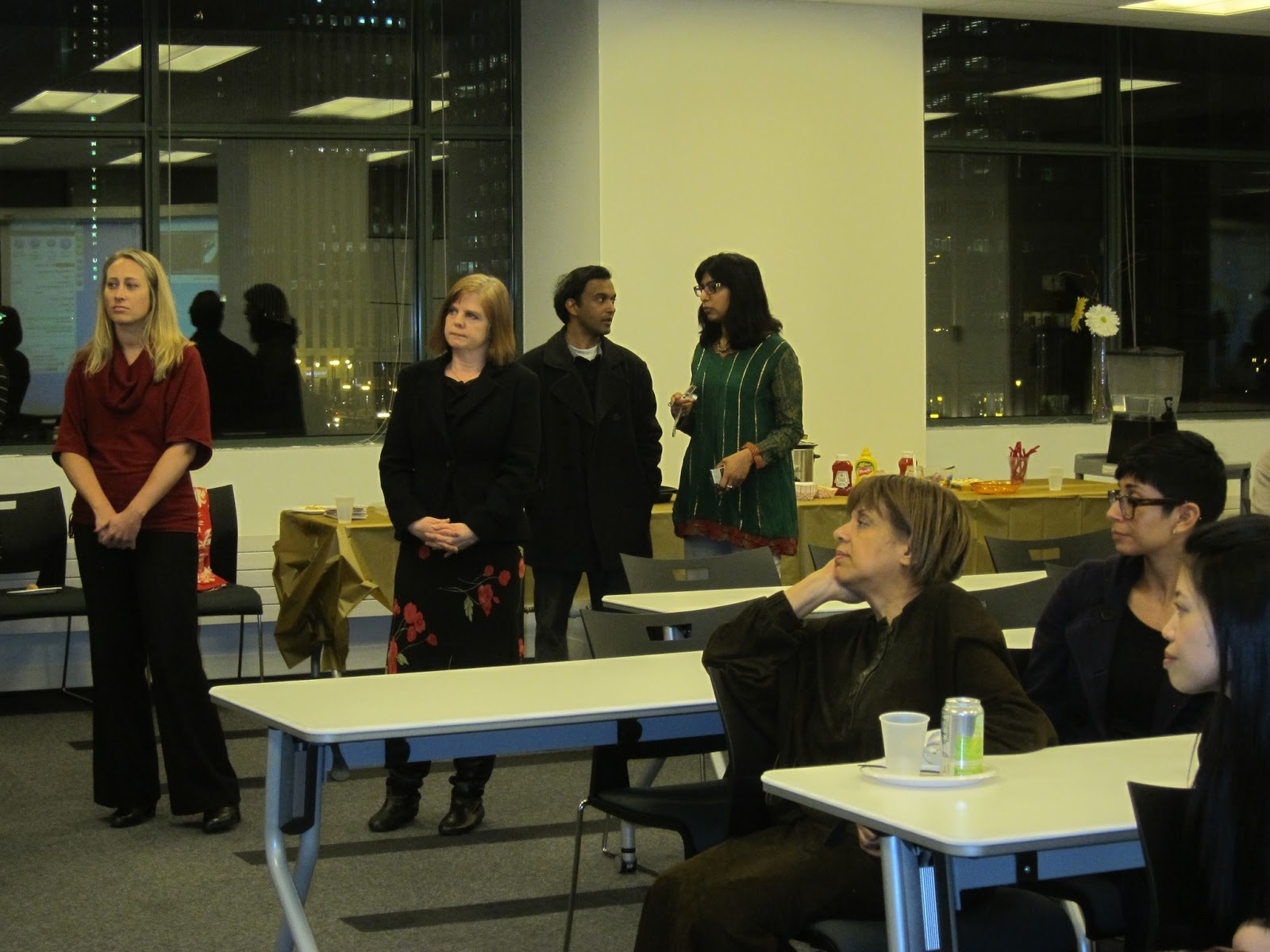 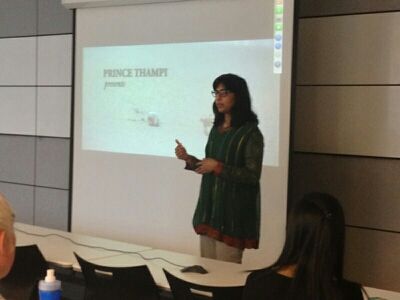 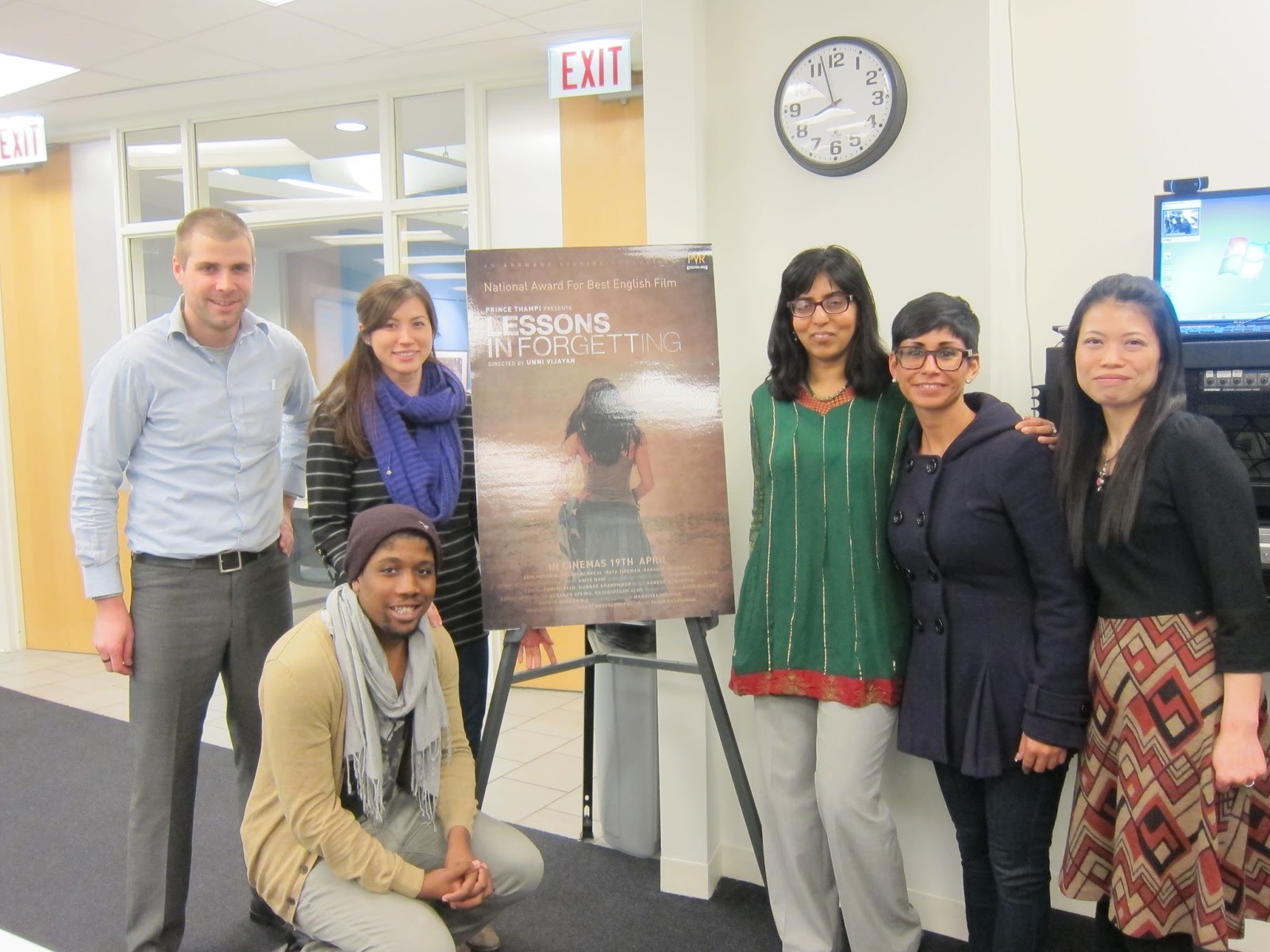 Contributed by Arowana Studios
Posted by Unknown at 19:07